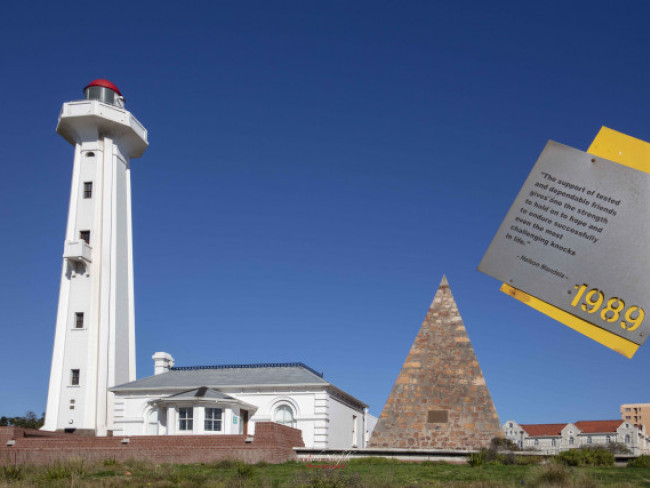 Our city tours start from Port Elizabeth City Hall, next up is one of the city’s most famous landmarks, the Campanile Memorial - an important landmark situated at the entrance to the railway station.We then proceed to follow the inner city part of “Route 67” all the way to Fort Frederick, an exciting arts/heritage trail that pays tribute to Nelson Mandela’s 67 years of Service to South Africa and building a democratic country. The trail includes both historical and modern-day art pieces that tell a story of the people and culture of the Eastern Cape and South Africa..

Next we visit the old ligthhouse and Donkin Reserve at Belmont Terrace. Here you will find yourself surrounded by a mix of exquisite old Victorian churches; newly renovated, terraced cottages on Donkin Street; and a lighthouse that once guided ships into Algoa Bay, today it provides a panoramic view of the city. Other attractions: Fort Frederick,  Market Square, city library and City Hall.

Be sure to get a picture next to a large metal cut-out of Nelson Mandela, fist raised in triumph, leading a line of South Africans representing the voters who cast their ballots in the country’s first democratic elections on 27 April 1994.