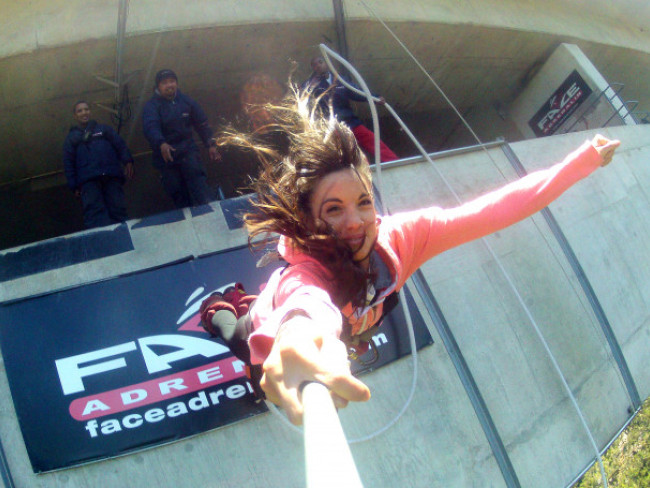 Situated at the Tsitsikamma Forest Village Market, just 40 km east of Plettenberg Bay along the N2, you will find the Bloukrans River Bridge – and the ultimate thrill.

The view from Africa’s highest bridge captures all the majesty and tranquility of the Bloukrans River valley. But there is nothing tranquil about throwing yourself more than 200 meters down towards the river below. Recognized as the ‘highest bungee from a bridge in the world, Bloukrans Bungy uses pendulum bungee technology to ensure the smoothest, most comfortable bungee jump possible. Jumpers are secured in a full-body harness combined with an ankle connection.

If Face Adrenalin’s flawless, 100% safety record is not enough to convince you to jump we also offer bungee tours accompanying the jumpers to the bridge to check out the action up close and walking tours across the world’s third-highest bridge. Here you can take in the glory of the valley and learn about the largest single-span bridge. Or just sit back, relax and watch the jumpers on the big screen in the Cliffhanger Bar and Restaurant.

Face Adrenalin has a number of records to its name: opening the first bungee jump in Africa in 1989 at the Gourits River Bridge; running the world’s highest commercial bridge jump on the Bloukrans Bridge, and maintaining a 100% safety record across all our operations.

The company has taken bungy jumping from extreme sport to world-class entertainment by offering thrills tailored to all levels of daring.