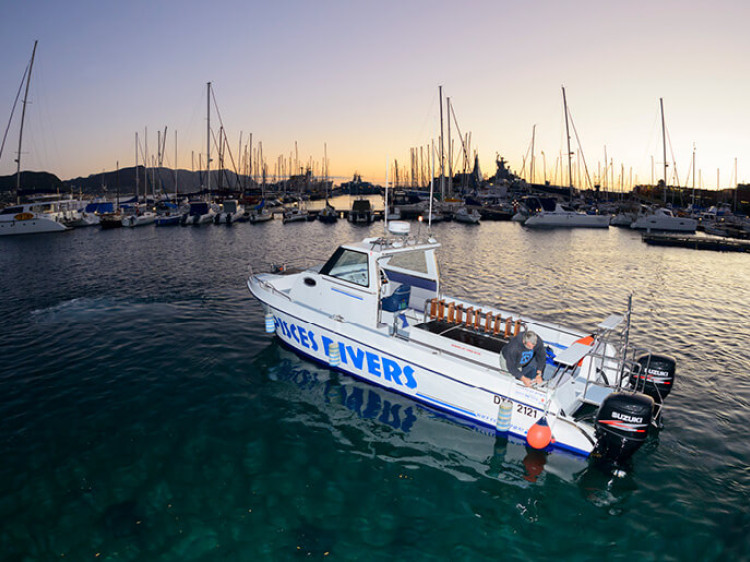 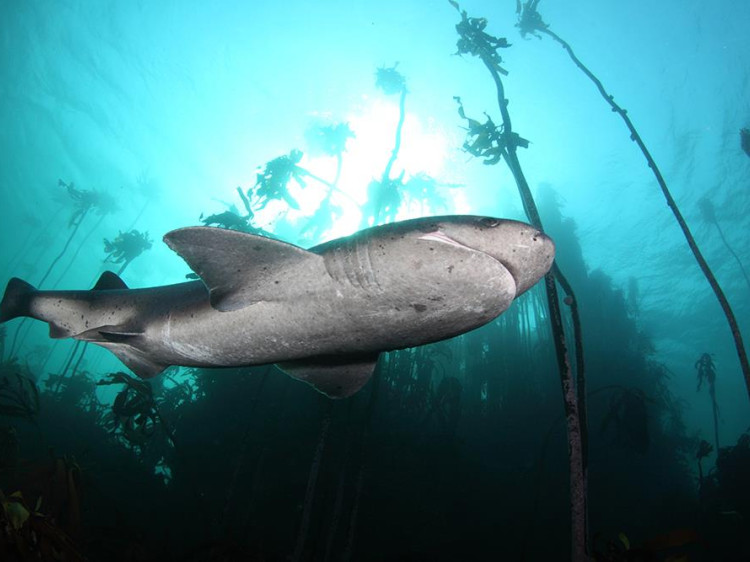 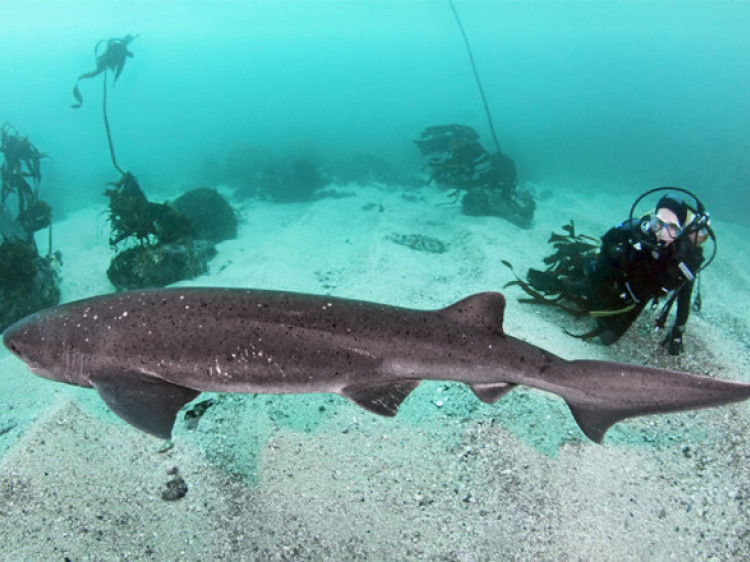 The Blue sharks are fast becoming a favourite “must-see” shark to shark-loving visitors to Cape Town!

A trip out to the Blue sharks is a day-long activity since we have to run out a minimum of twenty miles off Cape Point, where we meet the warm Agulhas current. The water turns a deep indigo blue and the temperature creeps up to the low 20’s, several degrees warmer than the water we left behind in False Bay hours before.

We set out early, at or just before dawn and we have the added bonus of enjoying sunrise at Cape Point before heading out of False Bay into the open ocean. Once we arrive at the right water conditions we begin baiting, using a slow trickle of marine oil from sardines which will bring the sensitive sharks up the scent trail towards the boat. Once we have a few sharks around the boat, we prepare to enter the water, which we do by lowering ourselves down a ladder at the stern of the boat. Being a pelagic dive, there is no reef to visually reference yourself by and it can be quite disorientating being suspended in the big blue with hundreds of metres of water below you. As the sharks begin arriving you will marvel at their curiosity as they literally come right up to you to eye-ball you. Needless to say, they make fantastic photographic subjects.

Blue sharks are the most abundant shark on the planet, with a wide distribution around the world’s oceans. They are also beautiful sharks, with long pectoral fins and graceful, elongated bodies. Their upper bodies are the most exquisite blue, resembling crushed velvet when seen close up. Sometimes we have a few sharks around us and at other times there can be dozens of them lazily circling us. Back on the boat, divers enjoy the multitude pelagic birds that come and visit us, also attracted by the bait. Albatrosses, Skuas, Petrels, Shearwaters, Terns and Cormorants and many other species can be seen out there, making it one of the best places in the world to experience pelagic birds.

We enjoy a packed lunch out there before heading back to Simon’s Town, typically arriving mid-afternoon. It’s a long day out at sea, so good, warm clothing is recommended for the boat as well as sea-sickness medication if you are prone to it.

Also by this operator