Drakensberg Adventures and Things To Do.

The Drakensberg, fondly known as ‘the Berg’, is a breathtakingly beautiful series of mountain peaks that forms the border between KwaZulu-Natal and Lesotho. These enchanting mountains, centrally positioned on the eastern side of South Africa, are a favourite holiday destination for South Africans and international visitors alike.

Geologically speaking, the magnificent Drakensberg forms part of the Great Escarpment which extends in a giant arc… 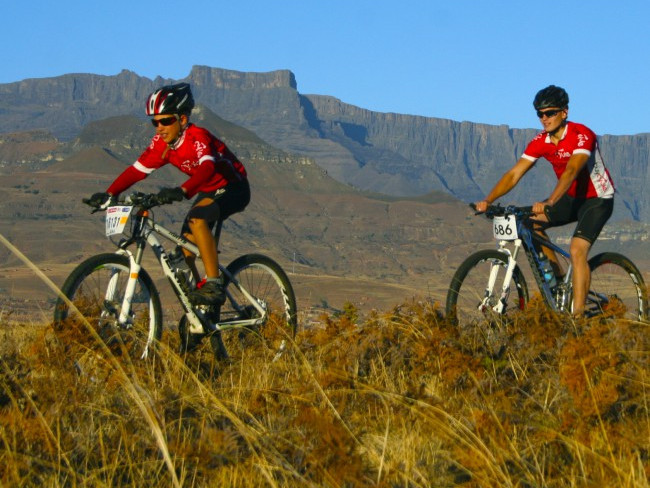 Drakensberg Adventures and Things To Do.

The Drakensberg, fondly known as ‘the Berg’, is a breathtakingly beautiful series of mountain peaks that forms the border between KwaZulu-Natal and Lesotho. These enchanting mountains, centrally positioned on the eastern side of South Africa, are a favourite holiday destination for South Africans and international visitors alike.

Geologically speaking, the magnificent Drakensberg forms part of the Great Escarpment which extends in a giant arc from Tzaneen in Limpopo all the way round South Africa and into Namibia and Angola, forming the edge of the central Southern African plateau. The spellbinding grandeur of the Berg section of the escarpment is due to the resistance of its rock to erosion which, over millions of years, has resulted in towering, steep-sided cliff faces and pinnacles, some over 3000m high. A sheer delight to the eye!

Around 300km from Johannesburg, Royal Natal National Park and the awe-inspiring Amphitheatre Valley of the Northern Drakensberg are almost too spectacular for words! Photography enthusiasts, nature lovers and adventurers are drawn by the stupefying natural beauty, snow-capped peaks, scenic hiking trails, rivers, waterfalls and caves. Let the splendour of nature be inspiration for your next Teambuilding adventure and Bergville, central to the northern Berg resorts, is the perfect location.

The ukhahlamba-Drakensberg Park in the Central Drakensberg is a vast area and encompasses Cathedral Peak, the Champagne Valley, the quieter Injisuthi Valley, Giant’s Castle and Kamberg, famous for some of the best San rock art in the Drakensberg. The park forms part of a UNESCO World Heritage Site and provides sanctuary to endemic and threatened species of plant and animals.

The Southern Drakensberg is around 250-300km from Durban, and here you will find the infamous Sani Pass, considered to be the mother of all mountain passes in South Africa! This challenging and exceptionally scenic gravel road is best explored by 4x4 and will take you to a summit altitude of 2876m where you can stop off for a cold beer – or a hot chocolate – at the highest pub in Africa!

Whatever your interests, the Berg offers something for everyone! Head for the skies and try out the aerial cable trail, canopy tour, zip line or gorge swing. There is even a flying trapeze! Paragliding amongst these incredible peaks is also an unforgettable experience, and there are some challenging rock and ice climbing opportunities.

Those who prefer terra firma can enjoy an assortment of 2 and 4 wheel activities including 4x4 tours, quad biking, mountain biking, and Scootours off-road downhill scooters offer loads of family-friendly fun! The Drakensberg’s hiking and slackpacking trails are second to none, and fly fishing and star gazing are also popular. Water-based activities include white water rafting and tubing on the Tugela and Injusuti rivers, and snow skiing in nearby Lesotho is available during the winter months. 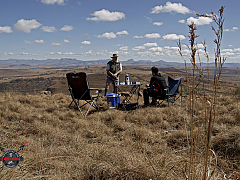 Adventure Biking in the Drakensberg, KwaZulu-Natal - Guided Motorcycle Tours. There’s nothing like the feeling of heading off into the unknown on a gritty adventure bike road trip. An adventure bike tour on the back roads and tracks along the foothills of the Drakensberg with the constantly changing...
Operator Contact List 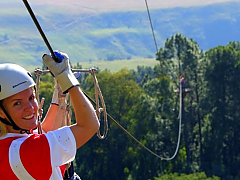 The magnificent Drakensberg is home to many adventure activities. For a fun day out, contact our operators and book an Aerial Cable Trail. You will experience the thrill of gliding through the air, soaring over rivers and forest, from one platform to the next.  An Aerial Cable Trail consists of...
Operator Contact List 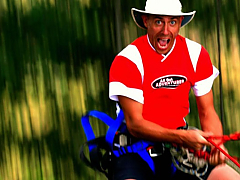 Head to the Drakensberg and take a leap of faith into the clean skies and feel the adrenaline rush as you soar through the air. Oh, safely secured in a harness of course! A Big Swing is a great big jump from a gorge and where better to do this than the mighty Drakensberg!
Operator Contact List

Are you a nature lover, whose idea of a fun day out includes soaring over cascading waterfalls, enjoying awe-inspiring views of majestic mountains? If that sounds like your kind of fun then a Canopy Tour in the Drakensberg is the perfect option! A canopy tour consists of platforms constructed in trees...
Operator Contact List 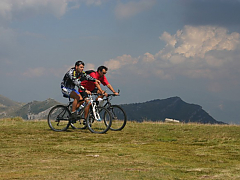 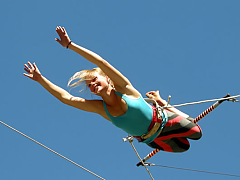 ‘Ladies and gentlemen, children of all ages. Welcome to the Circus! We are now joined by our latest performer on the magical Flying Trapeze! Introducing….(drum roll)…YOU!’ Have fun throwing triple backflips on a genuine circus Trapeze. The only trapeze in South Africa is in the scenic Drakensberg...
Operator Contact List 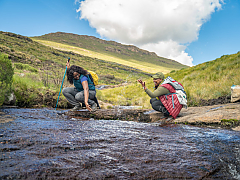 Guided Hiking in Drakensberg. Time is never more precious than when you are on holiday. If you’re lucky you have 10 days, maybe a bit more and you want...
Operator Contact List 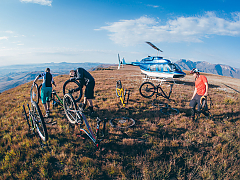 Heli Mountain Biking in the Drakensberg, South Africa. Why should skiers be the only ones to benefit from the tremendous advantage that a helicopter brings to downhill sports? The towering Central Drakensberg in Kwa-Zulu Natal, a UNESCO world heritage site, is now home to heli mountain biking. The buzz...
Operator Contact List 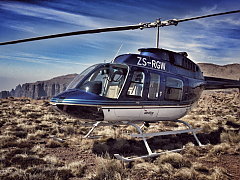 Helicopter Flights in Drakensberg offers a wealth of destinations that are just begging to be explored from the air! Scenic flights are the ideal way to...
Operator Contact List 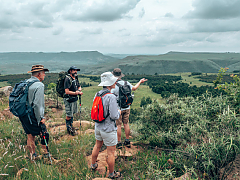 In the eastern part of KwaZulu-Natal, along a lengthy volcanic spine of escarpment lies a magical place that has drawn hikers to its peaks and crevices for generations. The uKhahlamba Drakensberg Park is a playground for hikers. The Amphitheatre trail gets you to the top, while the Giants Cup is a more...
Operator Contact List 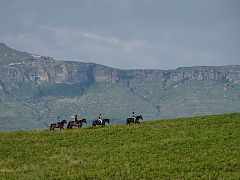 Horse Riding in Drakensberg. Drakensberg has some of the best imaginable horse trails – both short and long. While horse riding is pure pleasure in itself...
Operator Contact List 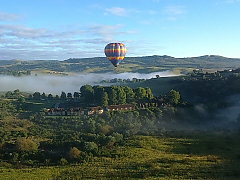 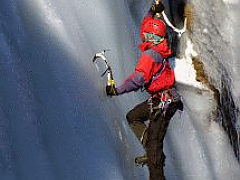 The Drakensberg offers fantastic adventures and some of these you will not find anywhere else in South Africa. One of these is Ice Climbing. Of course, you can join our operators on expeditions slightly further afield, but if you are a first timer, then try out the Ice Climbing in the Drakensberg. We...
Operator Contact List

What do jeep trackes, dirt roads, wooden bridges across ravines and single tracks have in common? They are all part of a Mountain Biking Adventure in the Drakensberg. Mountain Bikers of all levels of ability come here for an amazing day in the saddle with a spectacular mountain backdrop.
Operator Contact List 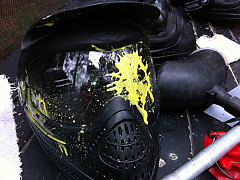 So you want to go Paintballing in the Drakensberg, but need a few good reasons to convince your boss, significant other, parent and so on. Well, here’s a few excellent reasons why you should go Paintballing today: Paintballing makes action heros out of couch potatoes. This is an active sport that...
Operator Contact List 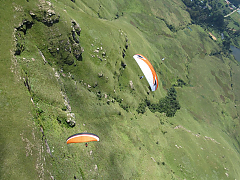 Paragliding or tandem flights in the Drakensberg, South Africa. The sweeping views of the Drakensberg mountains are best enjoyed from the air on a Paragliding Adventure. Paragliding gives you the chance to join the eagles of the sky in the simplest form of flight. A paraglider gains height...
Operator Contact List

The majestic Drakensberg is home to a vast variety of adventures. A day spent riding on rocky mountain passes and through flowing water on a Quad Bike in the Drakensberg is a day that you will not soon forget. A Quad Biking adventure is a fun adrenaline pumping experience in the great outdoors. A Quad...
Operator Contact List 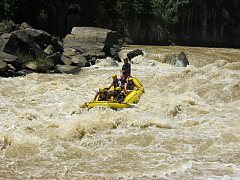 River Rafting in the Drakensberg, South Africa is a popular activity. A River Rafting adventure is a pleasant mixture of a sociable meander down a river and an adrenaline filled experience negotiating rapids. Which river you choose will depend on how much of an adrenaline rush you want. The Tugela...
Operator Contact List 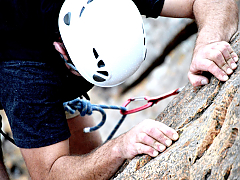 Scenic Flights in Drakensberg. Herewith is a list of charter companies. Flying is a great way to view your natural surroundings.  Scenic flights can be arranged...
Operator Contact List 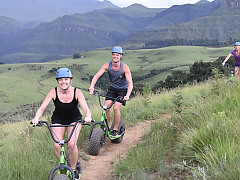 Scootours is downhill off road scooters.  This extreme new Drakensberg activity was started by Drakensberg Scootours in December 2013.  So when you are next in the Champagne Castle area pop in at the adventure centre and book your scootour activity.  Take an easy drive up the mountain,...
Operator Contact List

The mystical ‘Berg’ is a place that you need to tick off your hiking list. The uKhahlamba Drakensberg Park offers a wide variety of hikes. Many are well suited to slackpackers. Slackpacking is a no mess, no fuss version of hiking. It is suited to the kind of person that loves to spend time in the...
Operator Contact List 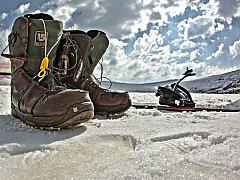 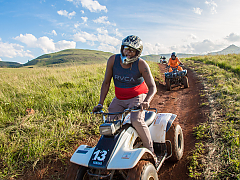 Team building and corporate events in the Drakensberg. Building a formidable team is the key to the success of any business. But how can you ensure that people work at their best, day in and day out, in often stressful situations? And how can you manage the many different personality types and ‘office...
Operator Contact List 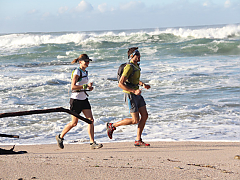 Via Ferrata Drakensberg. This is basically a mountain climbing routes that has aids such as ladders, steps and cables inserted into the route to make it accessible...
Operator Contact List

The Tugela River starts it journey in the mighty Drakensberg where it plunges 947 metres down the Tugela Falls. This river is the largest in Kwa Zulu Natal and adventure seekers come here for a fun filled action packed White Water River Rafting Adventure with rapids ranging from Grade 1 to 5. You can...
Operator Contact List 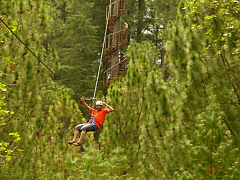 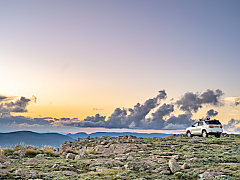 If you are looking to get your wheels Dirty, then a 4x4 Adventure in the mighty Drakensberg is the adventure for you! Tackle the spectacular Sani Pass, the road between South Africa and the Kingdom in the Sky. This spectacular mountain pass is a white-knuckle ride that takes you over the Drakensberg...
Operator Contact List